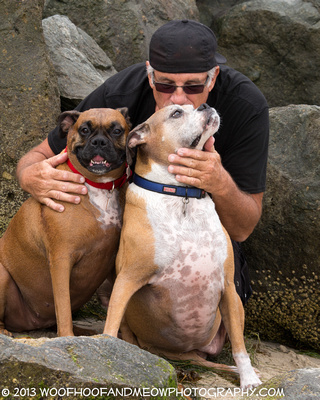 Some things are just meant to be and my creative session with Kiki and Lila and their daddy Lou fall into this category.

I was going to San Diego for a family event and had heard about the Ocean Dog Beach. I wanted to check it out. I left early in the morning with my camera and Pet Model release forms and headed to the beach. What a crazy mix of dogs and people that is.

I was talking to someone, when up comes two boxers that I had been watching for a while.  Of course I could not resist talking to them and their dad. Lou had recently lost Kiki’s brother to cancer and that just a few days later he learned from his vet that both Kiki and Lila have lymphoma.  WOW! That was a shock for me and I just met them.

They were actually getting ready to leave the beach but I wanted Lou and the girls to have some images of their time at the beach.  The girls were playing ball and chasing each other and just having a great time. They are Boxers to the core with their constant play and attention to Lou and just love in their hearts, such a joy to be around.

We worked together for an hour or so when Lou happened to mention that he and the girls had come to the beach from Arizona.  WHAT? They had all moved there about a year ago but Ocean Beach was a favorite place for them to go and he decided that now was the time to bring them. (What a GREAT DAD!)  So here I am just there for a few hours and they have driven all the way from AZ and here we are all together.  If that was not MEANT TO BE then I do not know what is…

Thanks Lou, Kiki and Lila for sharing your story and a few minutes with me! 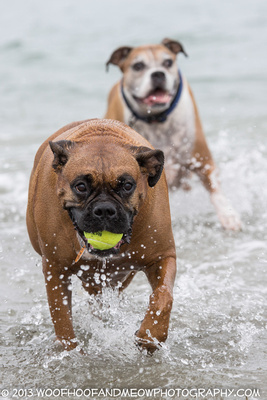 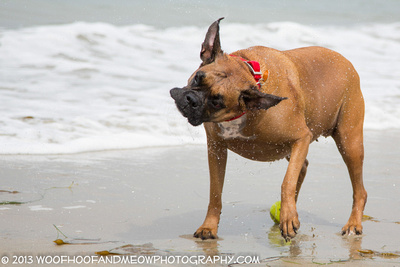 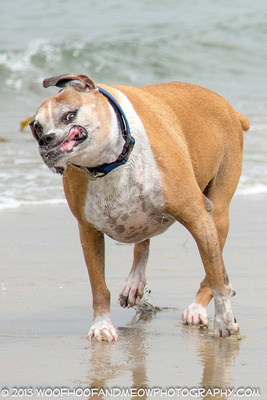